Ideas and Suggestions / Re: Panel idea? how to make anime foods

Cosplay! Construction, Tips, Gatherings, Advice / Re: How to join a cosplay group?

June 01, 2019, 09:39:10 AM
Are you on social media? Usually, these cosplay groups form kind of spontaneously, with one cosplayer wanting to do a themed cosplay and then finding others who are also interested. It's definitely easier to pull off when you have a group of cosplayer friends, but being on Instagram helps increase your visibility to other cosplayers who want to form a group.
#4

May 23, 2019, 09:57:49 PM
The gathering organizer posted about this on the Facebook event, so there should be people willing to do this. There's also a Fanime Pokemon GO Discord group that will be arranging raid groups before (at 11am) and after (at 1pm) the gathering. Here's the invite link: https://discord.gg/q8YvRpH
#6

Ideas and Suggestions / Re: Guests I want For FanimeCon 2019 25th Anniversary

Things in the Universe / Re: Fanime 2018: Hot Dog Vendors

Panels and Workshops / Re: Going to Japan for All Budgets Cancellation - The why

May 28, 2018, 06:56:44 AM
Oh no! I hope the surgery went smoothly and that you have a quick and painless recovery. My sister and I were bummed that the panel was canceled, but your health is much more important!
#10

I'll admit, I would love to see any VRAINS cosplays! Here's the new OP:
https://www.youtube.com/watch?v=8fxoIKGVD5Y
#13

3/17 Topic posted on forum to gauge sentiment about date and time of gathering.

3/24 Officially submitted request for gathering to be held on Friday at 7:30pm at G3. 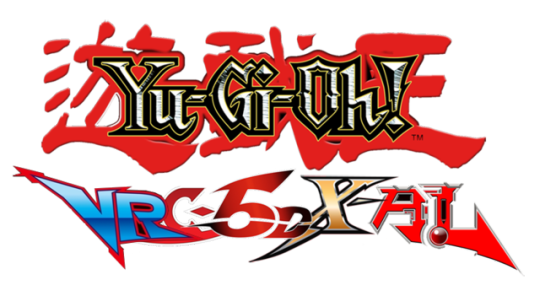 Hello to all my fellow Yu-Gi-Oh! fans! The past two years that I've hosted this gathering, we've had a great turnout, and I'm hoping to keep going strong this year.

Legal Statement
Fanime will be taking group pictures during the Gathering this year. If you do not want to be included in those pictures please step aside for those photos. By remaining with the group when the pictures are being taken you give your consent to be photographed.

January 29, 2018, 08:02:08 PM
Ooh looking forward to this one! Last year was the first time I got to see this gathering since it always used to be on Sunday morning. I'm hoping to be able to attend as Rey in her Resistance outfit.
#17

Things in the Universe / Re: Fanime Competition: Crunchyroll Expo

I'm objectively pretty impressed with the guests that Crunchyroll has revealed so far, but I'm personally not that interested in any of them. Guess that's what happens when you're not into that many series, though.

so, from the top.

I think people naturally block Bcc emails or something, because last year i got complaints for just CCing people and their name out and about, so I tried Bcc. as you can see, things didn't roll properly.

I had it sorted by time, as if I didn't, the nightmare that is organizing the photos would even be worse, cause I have photogs dump their photos in their downtime. if they had to remember what gatherings where what photos when dear god it would be a mess regardless. I thought times would be the best go at it.

I pulled mondays from gatherings in 2 parts. 1 being lack of demand. 2 being I am cleaning the room back up to ship to logistics, and that is a massive time sink we have to do at end of con, and I just want to celebrate that I made it through sunday night.

Hm, I just checked the emails you sent out from 2016, and I received your Bcc emails with no problem. Probably just a hiccup this year or something. If anything, it's not a huge deal, so I wouldn't worry about it. I'll just remember to check in at the table next year haha.

I think organizing photos by the time is acceptable for the first year doing it, and I do agree it would be a lot of unnecessary work for the photographers to manually sort them into gatherings. In the future, might it be possible to have the gathering organizer put the uploaded photos into a separate album or something? I can't speak for the other organizers, but I know I'd be willing to do it for my gathering. I'm not sure how the CGD photo uploading process works, but if each organizer were given access to the Slickpic account for about 5-15 minutes (depending on the size of the gathering) at the con, I think it would work out.

Totally understandable about Monday gatherings, and I can foresee clean-up taking longer in the future with all the new changes you talked about in this thread.

Thanks for the helpful responses! :)
#19

Pros:
+ I had to request a later gathering time than the usual timeslots because of my work schedule. I thought there might be some difficulties with this, but I basically just PM'd you and you said it would be fine. I'm glad your department was able to be flexible about the schedule.

+ My gathering was lucky enough to get a photographer *and* the official photos were released practically one day after the gathering. I really appreciated the quick turnaround time. My photographer was also really helpful in terms of suggesting photo ops, calling out the time for each photo, and simply being there despite the late timeslot.

Cons:
- I think there was supposed to be an email or other message sent out about the check-in procedure at con, but I never received it, so I wasn't aware that I was supposed to check in prior to my cosplay gathering. Luckily, one of your staff members found me, but I felt bad that she had to hunt me down.

Neither Pros Nor Cons:
* Some people were wondering why Monday was no longer an option for cosplay gatherings. Can you give any info about this? I understand that it might be kind of a hassle because people will be checking out of hotels and such, but it would be nice to get an official word about this.

All in all, thanks for the hard work that you and your staff put in!
#20