General Convention Discussion / Re: Why I didn't attend this year... and probably won't in the future

As someone involved on the Clockwork Alchemy side (I'm behind the Telegraph Office there), it's been fun having the connection to Fanime. This was the last year of that; CA now goes its own way. Different date, bigger hotel.

Fanime has made progress. Reg now works. There's food and water. (Remember LineCon 2014). The halls are less jammed. Finally, this year, the bus service was great. Bigger, more comfortable buses, enough of them, and drivers who knew the route. Few people from Fanime seemed to find their way to CA, sadly. Still no signage on the Fanime side leading to the hard to find bus stop on the side of the convention center. The ones who made it to CA had a good time. We had a Deadpool cosplayer serving in the tea room, and a cosplay group of classical musicians playing anime themes.

Each year for the last five years, I've come over to Fanime for a few hours; look in on a screening, attend a panel, buy some Pocky, look at the artwork, see the cosplayers, and play some games.  Then back to CA. I'll miss that. It's been fun.

Quote from: WorldDominationStudios on May 29, 2017, 12:55:46 PM
Why was this even a thing at Fanimecon? It has absolutely nothing to do with anime, sci-fi, fantasy, video games, or anything else even remotely related to nerd culture.

There's a whole genre of anime devoted to martial arts. Watch "Yawara" (124 epsodes). Look up who "Yawara-chan" is, and watch some of her bouts.
#3

Good. Don't give up. Everybody's first time at a dojo is tough.
#4

General Convention Discussion / Re: How was everyones Con Weekend?

May 29, 2017, 09:02:23 PM
Great, from the Clockwork Alchemy side. A busy, but quiet convention. Great group of six classical musicians in cosplay playing anime themes. Some good panels.

At last, the bus service between CA and Fanime works perfectly. Bigger, more comfortable buses, lots of them, and drivers who knew the fastest routes. Easy to dash over to the other side, see a panel, and dash back. Liked "Cthulhu for President", which is supposed to be comedy but seems all too real now.

There's food in the convention center, and there are tables and chairs, but they're a long way from each other.  The $1 Pocky was the cheap stuff from Thailand and had melted together.  Convention hall corridors not so jammed as in previous years.

Sadly, this was the last year CA and Fanime will be on the same date; the next Clockwork Alchemy will be in March 2018, in Burlingame, at the Hyatt Regency. It's a bigger hotel; CA has outgrown the Doubletree.
#5

Also, the QR code is really tiny this year.  It's about 1cm printed, 42 pixels square. That may not scan on ordinary barcode scanners.

General Convention Discussion / Re: How is simple communication hard?

Quote from: aetherltd on March 07, 2016, 11:36:14 PM
Well, Fanime management has lots of ways to communicate. There are these forums, a Facebook page, and a Twitter feed. There's a "Registration & Hotel Support Center" now. There's a Fanime app for IOS, and one for Android, although neither seem to have been updated for 2016 yet. There's even a Fanime API. (What's that for, anyway?)

The distribution channels for info are in place. There just isn't much in them.

There's a Fanime RSS feed too. Mostly the same info as the API, but in a different format. There's a mobile site, but it's broken.

Which of these will have useful info, such as important changes, during con?
#8

There's an official answer to this question. See "Where can I store my luggage?"
#9

General Convention Discussion / Re: How is simple communication hard?

March 07, 2016, 11:36:14 PM
Well, Fanime management has lots of ways to communicate. There are these forums, a Facebook page, and a Twitter feed. There's a "Registration & Hotel Support Center" now. There's a Fanime app for IOS, and one for Android, although neither seem to have been updated for 2016 yet. There's even a Fanime API. (What's that for, anyway?)

The distribution channels for info are in place. There just isn't much in them.

General Convention Discussion / Re: Question on what IS and is NOT okay for cosplay

January 17, 2016, 12:06:42 AM
There may be some additional restrictions this year, to comply with SB 199, which took effect January 1, 2016. That new law on "imitation firearms" requires that they can't look even vaguely like a real gun. The little red tip on the barrel is no longer enough. The new California law requires that imitation firearms be a device where the entire exterior surface of the device is white, bright red, bright orange, bright yellow, bright green, bright blue, bright pink, or bright purple, either singly or as the predominant color in combination with other colors in any pattern, or where the entire device is constructed of transparent or translucent materials which permits unmistakable observation of the device's complete contents.

There are some narrow exceptions for Airsoft and BB guns. The Airsoft industry lobbied for this. They still have to mark, but not quite as conspicuously. This only applies to functioning Airsoft guns, which Fanime hasn't allowed in the past. 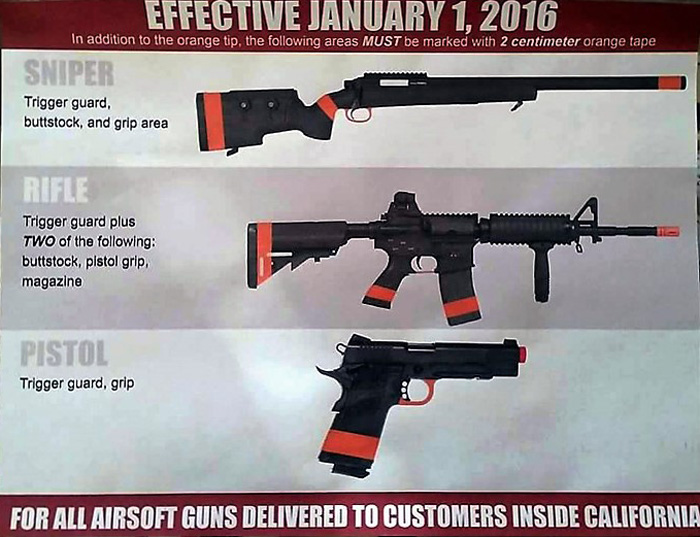 OK with California. Probably not OK with Fanime, because it can actually shoot something.

This was enacted into law after an incident in LA where a cop shot a kid with a toy gun.

January 15, 2016, 11:34:18 PM
It would be a big help if there was an official announcement of the minimum advance notice for the start of housing reg.  Just announce something like "We will give at least 2 weeks advance notice of the start time for housing reg, and that notice will be both on the forums and on Facebook." Then people could stop checking every day.
#12

Will housing require a con registration this year?
#13

Ideas and Suggestions / Re: Sponsorship?

November 16, 2015, 09:52:37 PM
The Cool Japan Fund (this is a real thing) might be interested in having a presence at Fanime. They own "daisuki.net" (free anime streaming) and a translation/subbing company. It's funded by the Government of Japan and some of the big banks. The Korean government is funding K-Pop and they want to catch up.
#14

Ideas and Suggestions / Re: What was your biggest problem with Fanime 2015?

QuoteAlso more things like that couple playing the violins would be great.

Was that Congress of Vienna, the classical quintet (violin, viola, flute, harp, lute) in Sword Art Online outfits? They came over to Clockwork Alchemy and played a set of classics and anime themes. They're very good musicians.

They need a quiet place to play; they're not amplified.
#16

Ideas and Suggestions / Re: What was your biggest problem with Fanime 2015?

Quote from: bahamutknightzero on June 28, 2015, 12:04:14 AM
I thought it was common knowledge that Miyazaki is never coming to any anime convention

He retired several years ago. Watch the last scene of The Wind Rises. That's Miyazaki's goodbye.
#17

General Anime Chat / Re: Anime That Are On Your "To Watch" List 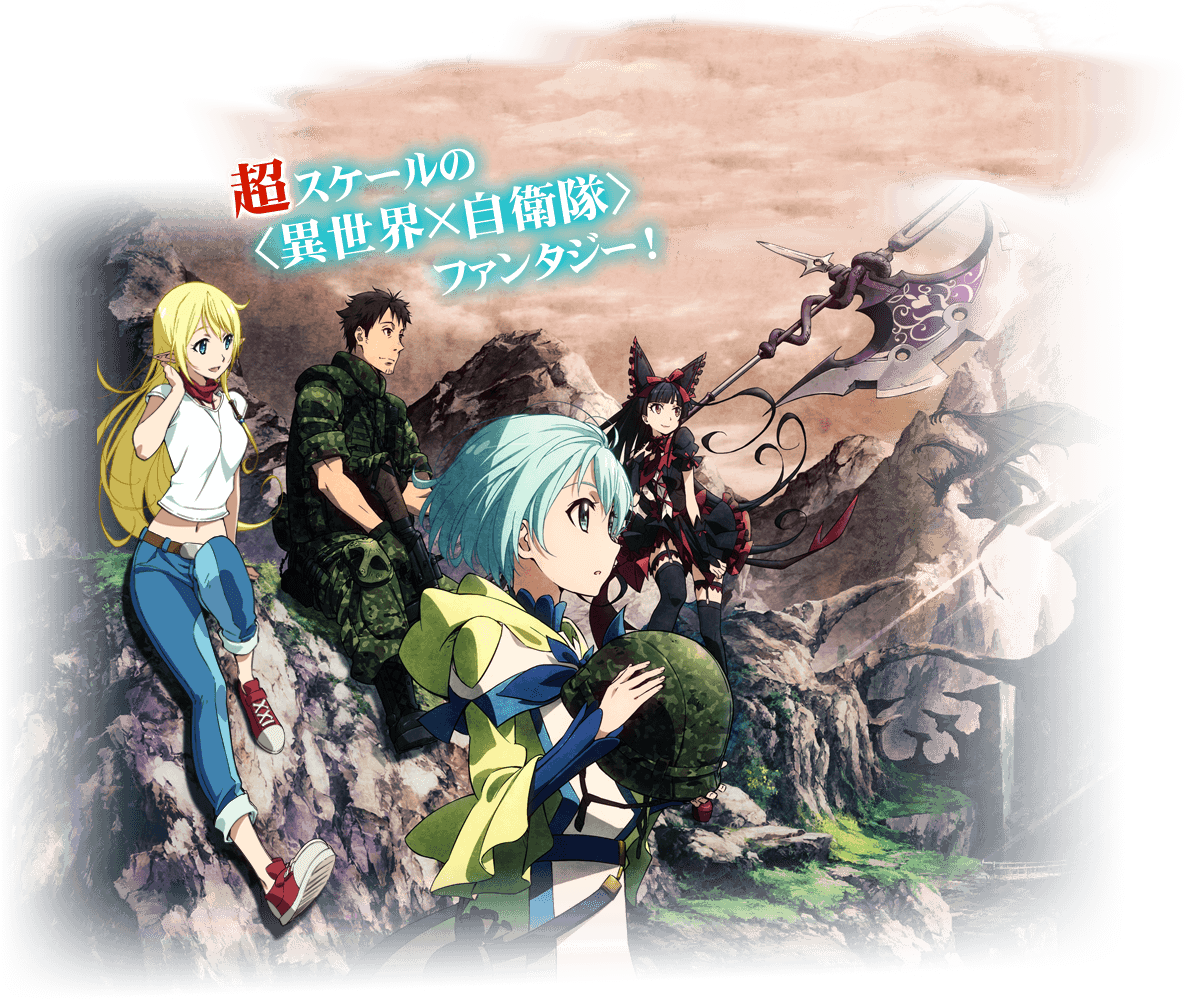 A medieval, magical fantasy world invades Tokyo. With an army. Big mistake for them.
#18

Oh, I wish... The Fairmont decor fits so much better with steampunk.
#19

Someone talked about the history of Fanime on Stage Zero. In the early days, you had to go to an anime event to watch anime. That's what Fanime was originally for. That's over. Anything you could see in the video rooms you can probably get on your phone. There was even a late night Kill la Kill marathon on hotel cable during Fanime. (CA side video is worse; all of us have seen all the good steampunk movies.) Video at Fanime should be new stuff you can't see online. Contact the Cool Japan Fund (the government of Japan is funding anime promotion - really) and Daisuki.net; maybe they can help.

Quote
Just to add "why not go to Clockwork? Spend some time there?" To answer that, it's a complete and utter hassle to go to clockwork. You spend more time waiting for shuttles rather than enjoying Clockworks programing.

25 minutes is too long. That needs to come down. The extra stop at the Fairmont, with the loop around the park, doubles the transit time. From the convention center it's easy to get to the freeway; then it's 5 minutes to the Doubletree. Few people get on at the Fairmont to go to CA anyway.
That will up the capacity, with buses making twice as many trips per hour. Get this right, and during peak periods, there's a bus every 6 minutes. (Round trip time 20 minutes, 3 buses.)

This is the era of frictionless transportation, like Uber. Waiting for the bus is so last-cen. Fanime buses should be as efficient as the Yamanote Line.
#20

Hotel and Facilities / Re: Review your hotel stay!

Cons:
- Doubletree food options remain poor. $21 breakfast buffet! $15 for a sandwich and a soft drink. The "Starbucks" isn't a real Starbucks, just a branded coffee station. As for the steak house, if you have to ask how much it costs, you can't afford it.  Across the street, though, there is now the Matrix casino. They have a sports bar, which serves food. If you're over 21, you can go through the blackjack casino to their Lotus Cafe. Ask for a menu; they have a lot more available than the signs indicate. About $15 for a light dinner. (It's a casino, with heavy security. Don't carry anything that could possibly be considered a weapon.)
Pages1 2 3 ... 6